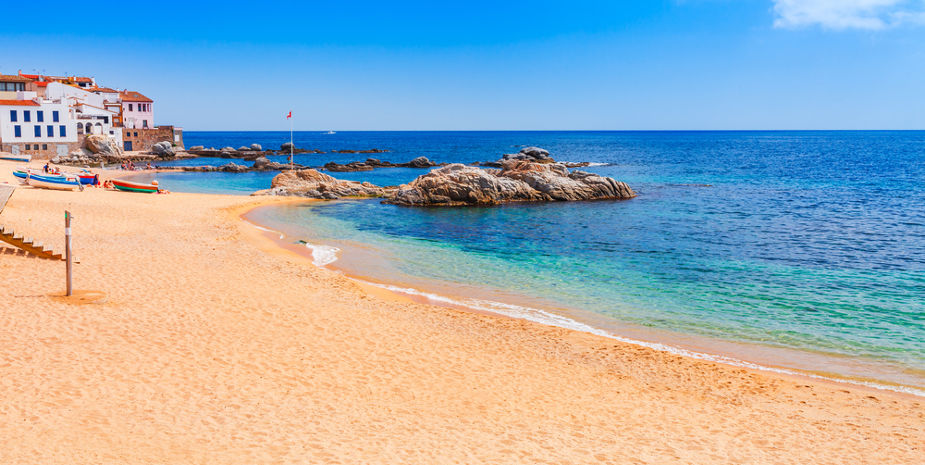 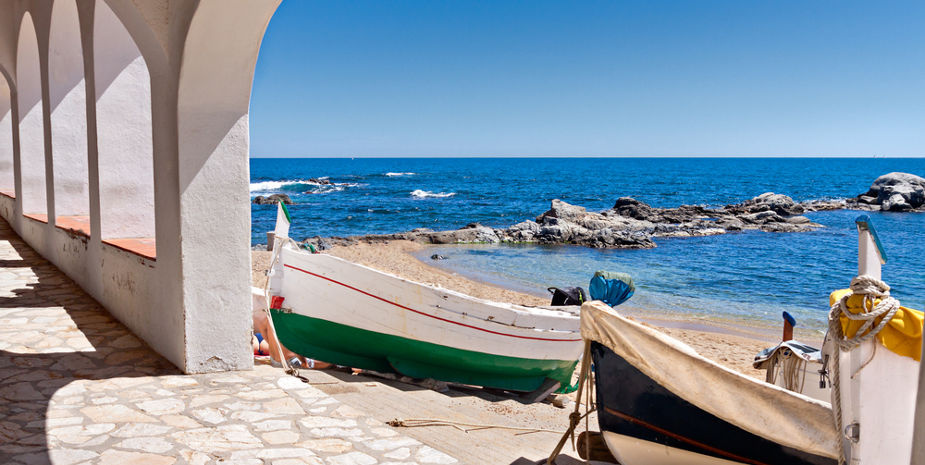 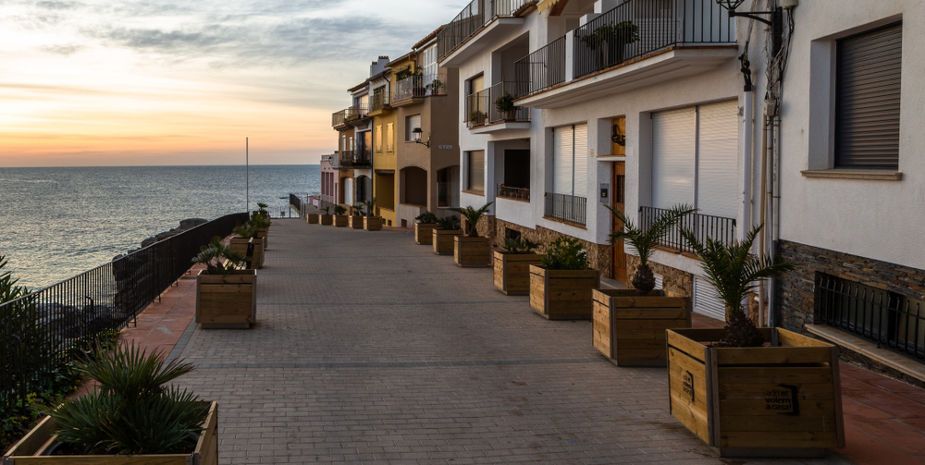 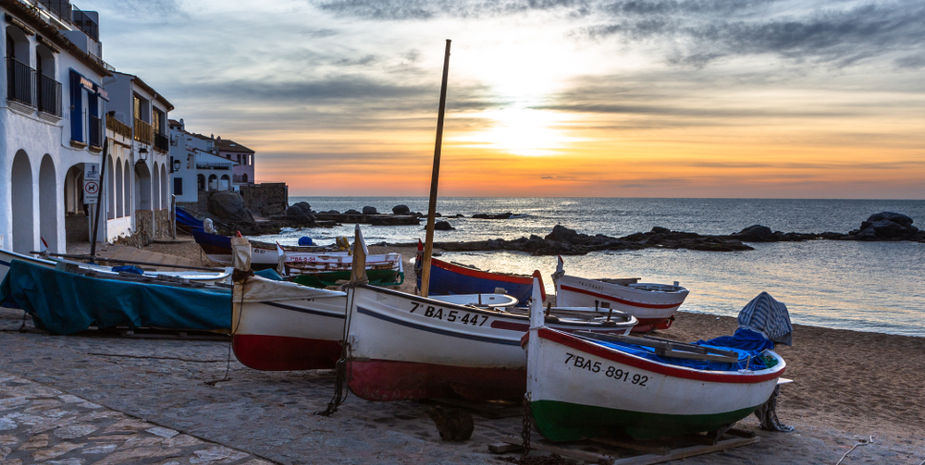 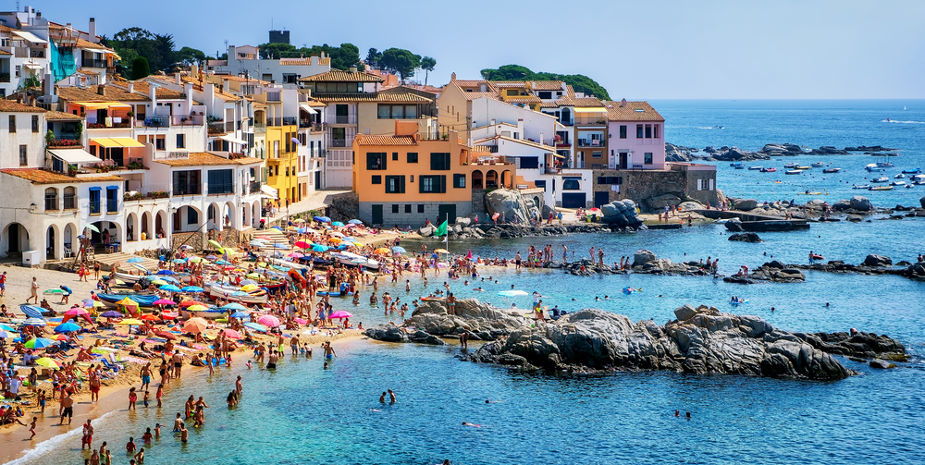 What to expect from Calella de Palafrugell

Beautiful disorderly white houses, their typical narrow streets, and several small vibrant and magical coves. This is Calella de Palafrugell, one of the few coastal fishing villages that has been able to preserve the charm that existed before tourism arrived. Not only its streets betray it, also the roofs of the sloping houses, and some of the typical fishermen’s houses that still exist.

This old fishing village is located in an enclave surrounded by rocky coast, stained with beautiful coves behind on the other, with an impressive landscape just behind them, to the north, in Cap Roig – Castell, ideal to walk hand in hand with the couple, or to do it with the bike. And, to the south, you will find the beautiful jewel of Llafranc.
It has less than a thousand inhabitants, and if you are lucky enough to lose yourself in this municipality, we recommend you to visit its Port Bou beach with its typical boats in the sand, reason why which is also known as the “beach of the boats”.

A city with a really touristic appeal and a wide range of offers for all types of public. Strolling around the city while discovering the wonders of the historic center, enjoying the gastronomy and local festivities, going shopping or practicing sports, are only a few suggestions which the city offers.

Built between the 15th and 16th century and of different styles which range from the Romanesque to the gothic. Distinguished due to its nave, which shapes the largest vaulted gothic space of the world.

Gothic in style, it was the first cathedral of Gerone until the 10th century. It stands out due to its bell tower and, on the inside, outstanding artwork can be found.

Shaped by labyrinths, narrowed streets and patios of medieval style, it is one of the most well preserved Jewish quarters of the world.

The Romanesque city wall, which was enlarged in the medieval era, allows going over all the historic center, while enjoying the exceptional views of the city and surroundings.

The houses on the river Onyar.

Either from ‘el Pont de les Peixateries Velles’, ‘el Pont de Pedra’ or ‘el Pont d’en Gómez’, you can enjoy one of the most emblematic and chromatic sights of Gerone: the houses on the river Onyar.

Inspired by Roman baths, this 12 century’s construction stands out due to its dome, built over the central pool.