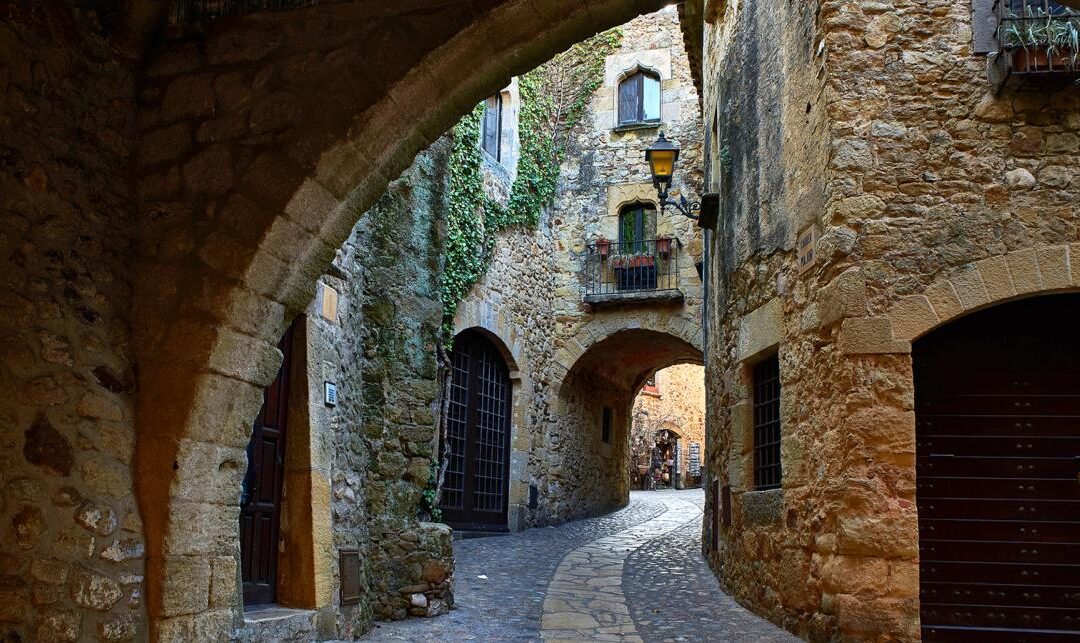 If you do not know what to do in the afternoon in Costa Brava, however you feel like seeing a really beautiful town, then Pals is your kind of plan. It is a little village, only 25 minutes away from Llafranc. It is built around its Church on the top of a hill. The only way to access Pals, is leaving the car on the bottom of the hill, and walking through the narrow streets of the old town, the one that is called El Pedró.

There are no Roman ruins, but the buildings as well as the architectural details attract a lot of interest. The name of the town, Pals, seems to come from the Latin, Palus, which means swampy place.

Its castle is already documented in the 9th century, although in the 15th century it was very affected by the War of Remences against King Joan II, who did not allow its reconstruction. On the contrary, he ordered that its stones were used to rebuild both the wall and the Gothic Church of Sant Pere. The circular Tower of Las Horas now remains part of the castle. The walls are the best preserved in the Empordà.

Going up the alleys out of season is like going back to the Middle Ages. In the height of the season, there is entertainment and many small open shops that attract the attention of visitors. Also many art galleries. When you get to the top where the church is, the view is spectacular..

Calculate a good time to enjoy the entire route: you will take good photos and you will want to return.